Evidence for the Theory of Evolution

As I am sure you are aware, the theory of evolution is the adaption of species to a particular environment by means of natural selection in order to allow them to ‘thrive’, ‘survival of the fittest’ if you will.

Despite being a fairly new scientific theory (in comparison to a lot scientific theories) it actually forms the backbone of the modern biological sciences and allows us to answer a lot about the living world.

Let’s take a little look about why the vast majority of scientists support the theory of evolution.

Evidence for Evolution is Observable 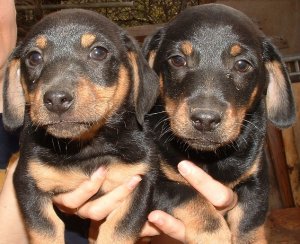 You can witness evolution at work almost everywhere you go. For many years, scientists have been carrying out research in the laboratory, and field work.

This has shown clearly shown evolution is at work, that species are adapting to the environment. Perhaps one of the most startling observations in recent years is moths adapting to their environment, with those with the better ‘camouflage’ suited to dirt covered building able to hide from their predators much better.

Dog breeding today is a good example of directed evolution where humans are the deciding factor as to what is selected. We breed dogs for a variety of reasons from simply being a cute and passive pet to being great at smelling drugs.

When the dog breeder decides which dogs to breed from she is selecting for desirable traits, an aggressive dog with a wonky eye would not be selected for breeding household pets. The environment (us) naturally selects the best members of the species to breed from to produce dogs we find desirable: we are in effect playing God.

The evolution theory provides the link that explains how biology works. It really is the most ‘plausible’ scientific theory as to how biological systems works on the planet. It shows why some species are adapted to their environments and others go extinct, why we all share a common gene pool etc… It just makes sense.

I will expand on the DNA point later on. However, evolution really does provide information about how this world works and why species are the way they are today. Otherwise how else would you explain that a group of animals has adapted to their changing environment almost perfectly?

There is fossil evidence which shows the similarities between different species. These fossils quite clearly show how species have adapted overtime in order to ‘fit’ their environment.

In fact, if you lined up all of these fossils you would quite clearly be able to see how evolution works, how things have adapted, and yet how certain things remain similar.

With the ability to check DNA we have been able to carry out more evolutionary genetic ancestry research than ever before on the theory of evolution.

We are able to really tell whether we have evolved from a common ancestor or not.

For example, many species share common ancestry DNA, and it isn’t just a ‘small amount’ either, it is well over 50%.

Did you know that humans share 60% of our DNA with a slug?

This is a massive number, and yet evolution goes some way towards explaining why this happens.

We share 98% of our DNA with an ape, which is considered the ‘link’ in evolution with us.

Without the theory of evolution, how would you explain why common DNA exists?

There is simply too much supporting evidence to argue that evolution isn’t a process at work.

In fact, as time goes on, people are finding it increasingly difficult to argue with the concept of evolution, and this evidence is what explains why.

As we continue to carry out research on species and discover more fossils, the idea of evolution will become increasingly irrefutable.