Geology is a science in which we have to study the Earth. In geology, we study almost everything related to the Earth such as what processes are used in the Earth, history of the Earth, what materials are used in the Earth, and what type of minerals are available under the surface of a particular area of the Earth. Besides that, we also study rocks, volcanoes, landslides, rivers, earthquakes, floods, and many other subjects related to the Earth. Geology is actually a broad field and covers many important areas of our lives. The geologists perform a variety of tasks as there are various subfields of geology. 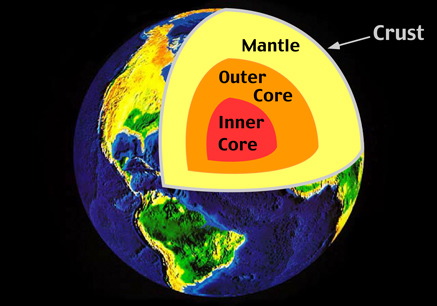 A geologist is someone who determines the stability of any structure, finds the unlimited sources of the water supply. With the help of geology, we can find the precious deposits of natural resources under the surface of the Earth such as coal, oil, gold, and other important minerals. Geology also plays a vital role in minimizing the threats of natural disasters such as earthquakes and floods. The field of geology is a highly physical science in which the geologists have to work in the field. Often geologists have to work in unusual places such as deserts and other less-populated places.

As a geology student, one has to work in the field and travel to the different places often. Some of the important geological places on Earth are full of natural beauty. The field of geology is considered a visual science, and many of the geological problems are just like solving a puzzle. One of the major tasks that a geology student has to perform is to understand how the surroundings are affected. There are reasons behind the creation of a rock or mountain, and geologists have to find these reasons.

The study of geology helps you to find out why a hill or mountain exists in a particular place, or why a river is running in that particular path. When you study geology, you will see the world as a different place to live. The point of view of looking at the world and looking at the different places on Earth changes. Geology is one of the important areas of science, and it has become a major subject to study during the last few years.

The importance of geology has increased even more, and the awareness among people is increasing as the magnitude of the natural disasters increase and the energy resources decrease in our world. Geology is the science which can help you in solving the problems of a decrease in the natural energy resources as we search for new, natural resources, such as oil and gas, with the help of geology. Over the years the field of geology has evolved in many ways, and now the geologists are using the latest techniques and new tools to solve various geological problems such as finding natural resources and predicting the natural disasters all over the world.

Written by Sharmi, S. Who is a life time student of Geography. Read her latest post about Famous Volcanoes.

Leave a reply to What is Geology?
Popular Articles