What is a Telescope?

A telescope is a broad term that covers a range of instruments for investigating the electro-magnetic spectrum. For this article we will look at the more common instruments that beginners and amateurs may use to investigate the night sky.

Optical telescopes collect and magnify visible light, typically through the use of lenses or mirrors, so the observer can use the instrument for land (and sea) based observations or for explorations of the constellations and planets that are visible in the night sky. 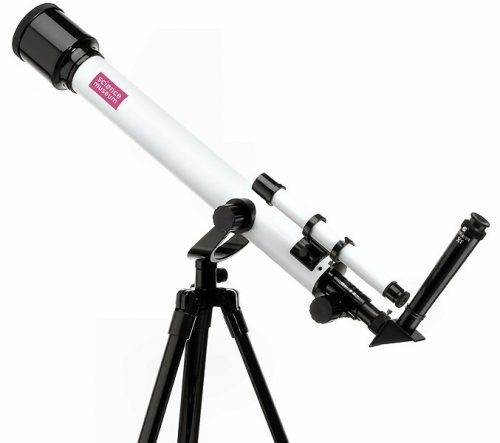 Amateur telescopes for beginners have soared in popularity in recent years. Astronomy has increased in popularity as a hobby thanks to the interest in the missions to Mars, the wonderful images sent back from the Hubble Telescope and shows on the BBC in the UK such as Stargazing Live.

Here are given common types of telescope discussed briefly below:

These telescopes utilise a series of lenses to collect and focus light from distant objects and were the first type of telescopes to be invented with references as early as the 1600s recorded. The magnified image made the scopes popular with early astronomers. Refractor telescopes remain popular, particularly as a beginner’s telescope thanks to the availability of quality models such as the Celestron PowerSeeker 40AZ.

Where the refractor uses lenses, reflector telescopes uses mirrors to collect, focus and magnify light from the distant objects being observed. The reflector replaced the refractor as the most popular choice for astronomers and there a number of different styles available based on the number and arrangement of mirrors used.

A common type of reflector is the Newtonian telescope which was invented by a figure known to all, Sir Isaac Newton.

The amateur who has had an introduction to astronomy via a refractor telescope will find that an “upgrade” to the reflector will allow greater exploration of the night sky.

The Dobsonians have been successful at making the field of astronomy accessible to a wide range of users and have been a popular choice of first telescope for many.

With the improvement in designs and production techniques better quality telescopes are becoming available to more people. With improved design and production the user can explore more distant objects and enjoy the wonders that are on offer.

Leave a reply to What is a Telescope?
Popular Articles