Top Ten Most Valuable Metals in the World

There are hundreds types of metals found on our planet. However, some of them are more expensive than the others, because they have different unique characteristics that make them so valuable. This is why most jewelry is made of silver and gold, because these two materials are very resistant and withstand oxidative and corrosive forces. Their price constantly fluctuates and they are often used to invest money. 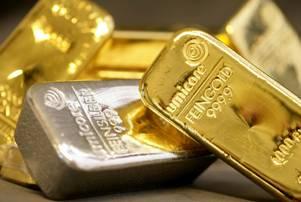 These metals are used for other purposes as well. For example, the metals from the platinum-group are used in lab equipment, dental materials, electronics and others. As it was mentioned earlier, many of these metals are used for investments, because their prices increase over the years. Let’s learn something about the 10 most expensive metals on Earth.

Rhodium is currently the most valuable metal on earth. It has a silver color, it is very shiny and it is mostly used for its amazing reflection properties. It finds use in search lights, jewelry finishes and special mirrors. Rhodium has a very high melting point and thanks to its resistance to corrosion, it is often used in a range of industries.

The high price of the metal is caused by its rareness. By 2009, 60% of the rhodium in the world came from South Africa. The price of rhodium has been declining for the past several years, but it is still one of the most expensive metals and will cost you $46.516 for a kilogram.

Averaging at $38,290 per kilogram, platinum is the second most expensive metal on hearth. Most of the platinum on Earth is found in Russia, Canada and South Africa. This high-density metal is very resistant to oxidation and corrosion and can bear large quantities of hydrogen. It is also widely used in the jewelry industry and some of the most expensive jewelry pieces in the world are made of platinum. It also finds use in aeronautics, dentistry and weaponry.

Gold is undisputedly the most popular metal in the world. And with an average price of 40,290 per kilogram, it is one of the most expensive metals you can find and it has been used by people since ancient times. For example, Egyptians used gold to forge the coffins for their royalties.

Gold is very durable, malleable and desirable, so its price isn’t surprising. A large part of the world’s gold comes from mines in Australia, China, U.S and South Africa. Gold is difficult to extract, because it must be extracted from other metals by smelting and chemical reactions.

Ruthenium was discovered in 1844 by Karl Karlovich Klaus, a Russian scientist. This bright gray metal is very hard, rare and is very resistant to oxidation, corrosion and other outside elements. This metal is often added to palladium or platinum to increase the hardness of these metals, so it finds wide use jewelry and electronics. The price of $13,548 per kilogram isn’t a surprise considering the metal’s characteristics and rarity.

Iridium is probably one of the most resistant metals on Earth. The melting point of this white metal is incredibly high and it can resist water, air and acid without any effect on its surface. However, these properties make this metal very difficult to prospect and manipulate. Most of the iridium in the world comes from South Africa and is gathered from platinum ore. Its average price is $13.548 per kilogram and is often used in medicine, watches, compasses, pens, automobiles and electronics.

Osmium is a very dense material and its properties and rarity give it a price tag of $12,700 per kilogram. Most of the osmium in the world is mined in North America, Russia and South America. This is also a very hard metal and its amazingly high melting point makes manipulating it a very difficult job. Osmium is often used to harden different alloys and for the production of filaments and electrical contacts. Working with osmium is also hazardous, because the metal releases a dangerous toxic oxide that can damage open skin and eyes.

William Hyde Wollaston was the first person to discover how to process palladium from platinum ore. This precious metal is so valuable, because of its rarity, stability and malleability. This metal bears the name of Pallas, a Greek goddess. It is used in a range of industries – jewelers use it to produce ‘white gold’ alloy, automobile manufacturers use in their catalytic converters and many electronics manufacturers use palladium because of its great conductive traits. Palladium sells for an average of $8,483 per kilogram.

This is one of the most unpopular materials on the top 10 list. Of course, it isn’t popular among the public, but researchers and manufacturers are very interested in it, because of its high melting point and density. This material is used in many turbine engines and is added to super alloys to increase their melting point. The average price of Rhenium is $4,548 per kilogram.

Silver is one of the most popular and valued metals on Earth. It has a whitish color and offers great thermal and electrical conductivity. It is often used in jewelry, dentistry, batteries, but it also has other, surprising uses. For example, it can be used to get rid of bad odors in shoes, destroy bacteria in cell phone covers and prevent mold in wood. Silver is made by smelting copper, lead-zinc ores and gold. Its average price is $432 per kilogram.

The price of this metal is just $500 per kilogram and most of it is produced in Japan, China and South Korea. It conducts electricity very well, so it is often used by electronics manufacturers. It was also used as coating for aircraft engines during WWII. One of the most useless and interesting properties of indium is the fact that the metal ‘cries’ when it is bent.