Look where science has got us. We can fly. Imagine telling your ancestors a thousand years ago, or even five hundred years ago, if you could travel through time, that one day people would fly in enormous metal machines. Travel around the world in 80 days? First you would have to explain that the world is a giant ball. Imagine trying to tell them that one day it would be done not in 80 days but in less than one. But that is not all. We can watch something happening, at the same time as it happens, simultaneously, on the other side of the planet. Stop for a moment. Would they even be able to comprehend the possibility of what you were saying? 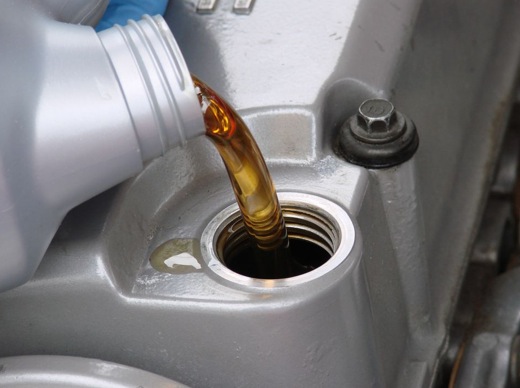 We can sit on top of a hill, in a forest, miles from civilization, and chat with a friend in a town a thousand miles away. Imagine trying to explain the concept of a mobile phone to those ancestors of hundreds of years ago. Then you might try to explain what a photograph is. Next, imagine trying to explain that we can take a photograph with a mobile phone. Oh, and also that we can “send” that photograph to someone thousands of miles away within less than a second. Explain that it bounces off a satellite. If your ancestors had not yet dismissed you as a fruit cake, you might try telling them that one day men would walk on the moon. However, how much of all this technological advancement would have been possible, would even have been imagined possible, without oil? How many things are either made from or largely dependent on fossil fuels?

It is only one word, but plastic is all around us all the time and very few of us would be able to function without it. Pens, computers, furniture, televisions, audio equipment, most electrical fittings and appliances, car interiors, fans and air conditioners, food packaging and disposable everything. When the price of oil gets beyond our ability to pay for it, so will the price of plastic. The best way to prepare for our future may be to stop using disposable goods.

All the vehicles that do not burn some form of oil today represent less than 1% of 1% of the total. We might reach one hundredth of total transportation running on renewable fuels before oil becomes too expensive to be economically viable. The remaining 99% will be in trouble. Putting and keeping satellites in orbit requires large amounts of oil. Delivering snail mail by hand requires oil for transport by air and road. The best way to prepare for our future may be to buy a bicycle or a horse.

Which form of fossil fuel puts the most carbon into the atmosphere? The Chinese and Indians are building hundreds of coal powered electric generating plants. How is the coal transported from the bottom of the mines to the surface? They use machines which burn oil. How do they get the coal from the mine to the power station? They use trains which burn oil. When oil becomes so hard to get out of the ground that it is literally no longer worth the effort, our ability to generate electricity will be reduced by orders of magnitude and science will be of limited use without energy. If enough people are prescient enough to see what is coming, there may be millions of solar panels around the world within a few more years, and at least some people will have at least some power for at least some scientific research and development. The best way to prepare for our future may be to look online for wholesale solar panels.

In the industrialised world there are ten calories of fossil fuel energy in every calorie of food energy that we eat. From ploughing the soil and sowing the seeds, spreading fertilizer and spraying pesticides, then harvesting the crop and transporting it to the factory and from there to the wholesaler and eventually to the retailer and to the consumer’s home, altogether that amounts to an input of ten times as much energy as we get from the food. This has become the basis of our entire existence because the price of fossil fuels was for so long negligible. The days of buying foods grown thousands of miles away and transported in refrigeration, before being packaged in plastic and sold from supermarket refrigerators, are coming to and end. The best way to prepare for our future may be to grow our own food.

This article was written by Max Johnson for Avic International. Avic Int’l Renewable Energy Co. specializes in renewable energy development that offers wholesale solar panels. Max enjoys blogging about trying to be green and his many experiences through his life.

Leave a reply to Science Depends on Oli
Popular Articles