The ability of an organism to regenerate its lost body parts is called regeneration. When a part of the body of an organism gets damaged or crushed, a new identical part starts to develop from the point of damage some time after. Thus, all newly formed portions grow into fully functional organs or body parts lost previously. 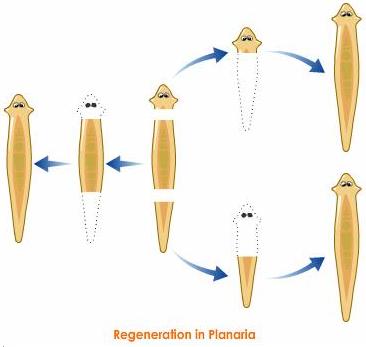 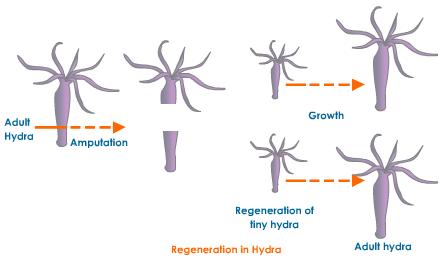