Four Interesting Things You Should Know About Peptides

A peptide is a chain of amino acids that can act as a basis of protein in the human body. Because peptides can be used as a protein, they are very popular and commonly used in a variety of products that people use every day such as cosmetics, medications, and body building protein powder. There are indications that peptides offer many advantages in people with certain medical conditions, and peptides have shown to be able to improve a person’s self-esteem and quality of life. Keep reading to learn about four interesting facts you may not have known about peptides. 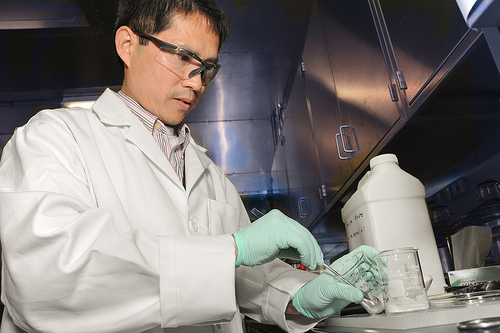 Melanotan
The peptide Melanotan is under research for its ability to allow a person who suffers from photo-sensitivity the ability to tan without having the pain that they would normally have while tanning. Melanotan 1 can increase darkening of the skin and protective dermal pigmentation, and it prevents photo-sensitivity when the person is under UV rays. This peptide has also been researched to for its possible ability to help prevent skin cancer as well as sunless tanning. Another peptide in this area is Melanotan 2. Melanotan 2 is most commonly researched for its affects with tanning, but has shown to also exhibit possible beneficial properties in raising libido as well as decreasing hunger in subjects.

GHRP 2
Another peptide under research in GHRP 2, or Growth Hormone Releasing Peptide 2. This peptide has the ability to stimulate the natural human growth hormone in the body. It also has the ability to help with anti aging practices. This peptide promotes youthfulness and also helps create a leaner body mass and aids in fat loss by stimulating the body’s human growth hormone creation.

Sermorelin
Sermorelin is another growth hormone stimulant like Growth Hormone Releasing Peptide 2. Many people do not know that Sermorelin can be taken on its own and does not need to be supplemented with a form of GHRP 2. Sermorelin has been found to improve bone density and can help strengthen organs as well as promoting fat loss and increasing lean body mass. This peptide will have great effects on increasing human growth hormone creation without combining it with other peptides.

Oxytocin
Oxytocin is commonly used in child birth to stimulate contractions, but it can also work with the brain in interesting ways. Oxytocin has the ability to reduce feelings of anxiety and fear and promote feelings of calmness. It has also shown the ability to improve feelings of trust, bonding and security and is correlated with romantic attachment and bonding with a mate.

This article was written to give you a peek at some interesting things you may not have known about peptides. Peptides are continuously being researched for their effects on the human body and there are many more out there to read and learn about.

Mark medical scientist and enjoys blogging his work from time to time. For more information about peptides and anitbodies check out Abgent.