An object is viewed clearly only when the image forms exactly on the retina. It is the distance of the object that dictates as to how thick the eye’s lens is going to be. This thickness of the lens is modified by a special form of muscle called ciliary muscle.

There are two types of vision defects including:

For a lens to focus a far away object, it needs to become thin. When this does not happen, the rays of lights that comes from the object, ends up being refracted and focused before it reaches the retina. Instead of becoming thin, if the lens remains thick, it will perfectly focus nearby objects on the retina. This is the reason why this defect is called near sightedness. This lack of focus occurs due to the lens’s inability to change its thickness. Thus, it results in an excessive convergence of the rays of light. 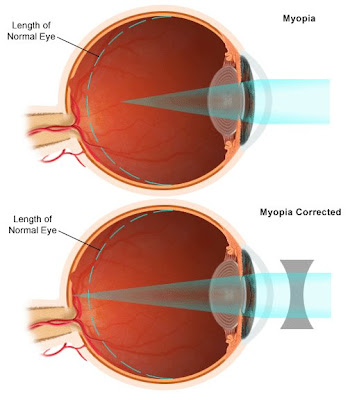 How to Correct Myopia/ Near sightedness?

In order to correct the myopia or near sightedness, a concave lens with the right focal length is usually used.

This defect is the exact opposite of myopia. In hyperopia, the lens fails to become thick enough to properly focus a nearby object. In this case, the rays get focused behind the retina. Hyperopia does not affect your focusing of far away objects. As the lens mainly remains thin, it never has a problem to focus the light rays coming off of a far way object. This is the reason as to why this defect is called far sightedness. 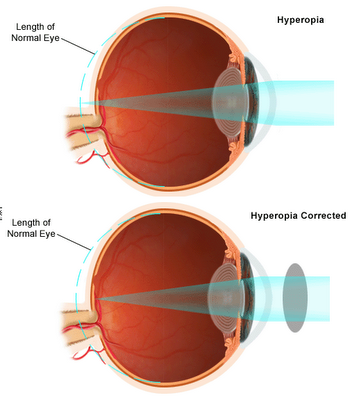 How to Correct Hyperopia/ Far sightedness?

As this problem occurs due to the lacking of converging rays, a convex lens is usually used to fix hyperopia or far sightedness.

Leave a reply to Defects of Vision
Popular Articles