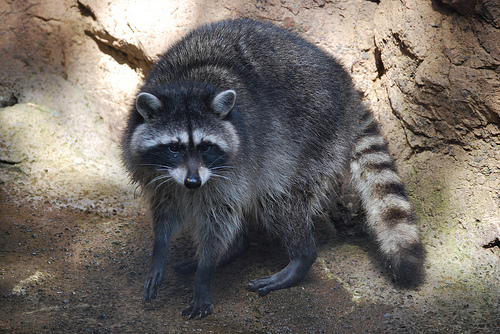 All raccoon’s DO NOT carry the rabies virus. If you see one out during the day, doesn’t mean they’re rabid, they’re out feeding.There is more of a chance catching rabies from a stray dog, cat or even a squirrel. We receive orphaned wild life to raise, rehabilitate & release the animal’s when their old enough & healthy enough to be released back into the wild. Both my wife & I have raised & released over 500 raccoon’s, & just by playing with them, we’ve both been bitten or scratched by most of them. They weren’t attack’s, they were just playing, like a dog or cat. A rabid animal will die within approx. a week of catching the virus. Don’t be afraid of them, just leave them alone.