The tissue forming the part of the eye that gives us the ability to see can be formed by human-derived stem cells. A study published by Cell Press says that soon it might be possible to transplant this tissue in order to improve the vision of people with visual impairments. 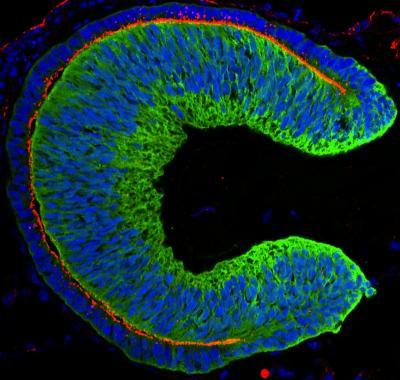 Yoshiki Sasai of the RIKEN Center for Developmental Biology says that this is probably one of the biggest breakthroughs in regenerative medicine. The research of his team gives modern medicine the opportunity to use human-derived stem cells for many things – drug discovery, therapy, pathogenesis, etc.

The hESC (human embryonic stem cells) developed in the correct 3D shape and formed the two layers of the optic cup and a layer which is covered with millions of light-responsive cells also known as photoreceptors. The main reason for retinal degeneration is irreversible damage to those cells, but this problem can now be fixed thanks to the hESC-extracted tissue.

Sasai and his team previously managed to develop the optic cup by using stem cells extracted from mice. However, the optic cup was much smaller than now and it was impossible for it to work with humans. However, the new hESC-formed optic cup is larger and it is possible to use it in modern medicine. The new discovery won’t just help visually impaired patients, but it will also give modern medicine the opportunity to study specific aspects of the eye which couldn’t be investigated before.